Effects of Climate Change on Potato Production in Pakistan 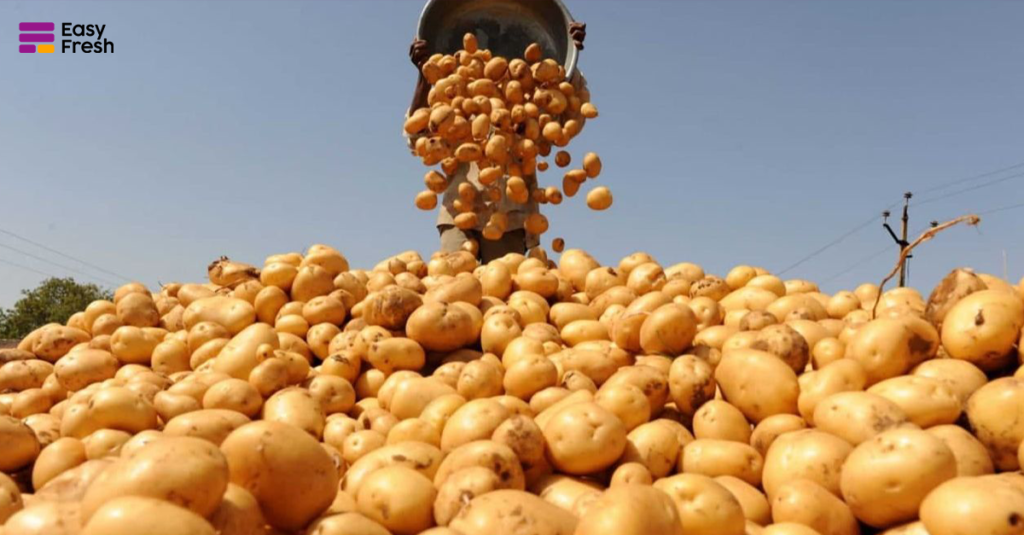 Potato is the fourth most important staple food crop in the world after wheat, rice, and maize. Its importance for Pakistan manifests in the form of its wide cultivation all across the country. 83% of its production takes place in Punjab, 10% in KPK, while Baluchistan contributes 6% and only 1% of the total potato produce comes from Sindh.

In Pakistan, potato is harvested throughout the year. In a few areas, such as Hazro and Mansehra, the seasonal cycle even enables potato cultivation twice a year. Potato buying and selling mostly happen in local mandis. However, it is easy to buy it directly from farmers in areas where local mandis are far from the village or don’t have enough capacity.

It is observed that potato production patterns have changed over the past few years. In the past, potatoes were periodically harvested in Pakistan, one region followed by another, which guaranteed stable supply throughout the year. But due to climate change, different markets and regions are overlapping with each other which is directly impacting the price.

A sudden dip occurs in prices when the market is flooded by potatoes from all regions at the same time. There is a complete seasonal shift in Pakistan which directly deteriorates the seed germination capability and its production. Farmers have been following the same conventional time frame for potato cultivation for decades. Due to climate change, continuing this practice is resulting in ungerminated seeds and recultivation in most areas in Pakistan.

Climate change and global warming are contributing to changing production patterns. Some factors that are a direct result of the climate crisis are given below:

It plays a very important role in the seed germination, production, and harvesting. A steady soil temperature of around 10°C – 20°C with relatively high humidity is conducive for potato germination. In most regions of Pakistan, potato crop is cultivated during the same time of the year. The pattern is being followed without considering the recent temperature variations. This practice is eventually resulting in less or no germination.

Water is very critical for the production of any crop. In Pakistan, mostly conventional methods such as tube wells and brooks are used for irrigation. This results in water loss and extra cost coming out of the farmer’s pocket. Punjab is at high risk of reduction of potato crop due to water shortage.

The seasonal shifts have resulted in increased risk of pest attacks. Farmers, who spend a whole season working tirelessly on their crop, for them, pest attack is nothing less than a disaster. It has a direct impact on the volume of harvest and ultimately their profits as well.

These huge climatic variations and their impact need to be dealt with immediately to ensure the sustainability of the potato market. Here are some suggestions for the government:

There are more than 5,000 varieties of potatoes and Pakistan is just growing less than 14. The government should work on introducing new cultivars and varieties in potatoes, especially those that are more resistant to climate change, suitable for long-term storage, and adaptable to soil and other parameters.

Government should introduce new technologies such as drip irrigation, agrivoltaics, aeroponic, and vertical farming. These will not only increase our production but they also have a greater potential to tackle the challenges brought by climate change.

Government should introduce a farming calendar that also takes into account climate change. This will help in guiding the farmers to cultivate and harvest crops at an appropriate time.

Government should facilitate farmers to adapt new areas and regions, especially the areas that are still uncultivated.

Government should facilitate farmers in soil testing with proper guidance of nutrient requirements for soil.

It is imperative we take the above steps as we can see the climate crisis is approaching fast. The sooner we adapt, the better we can protect our crops.