Progressive Farming and its Significance in Combating Climate Change 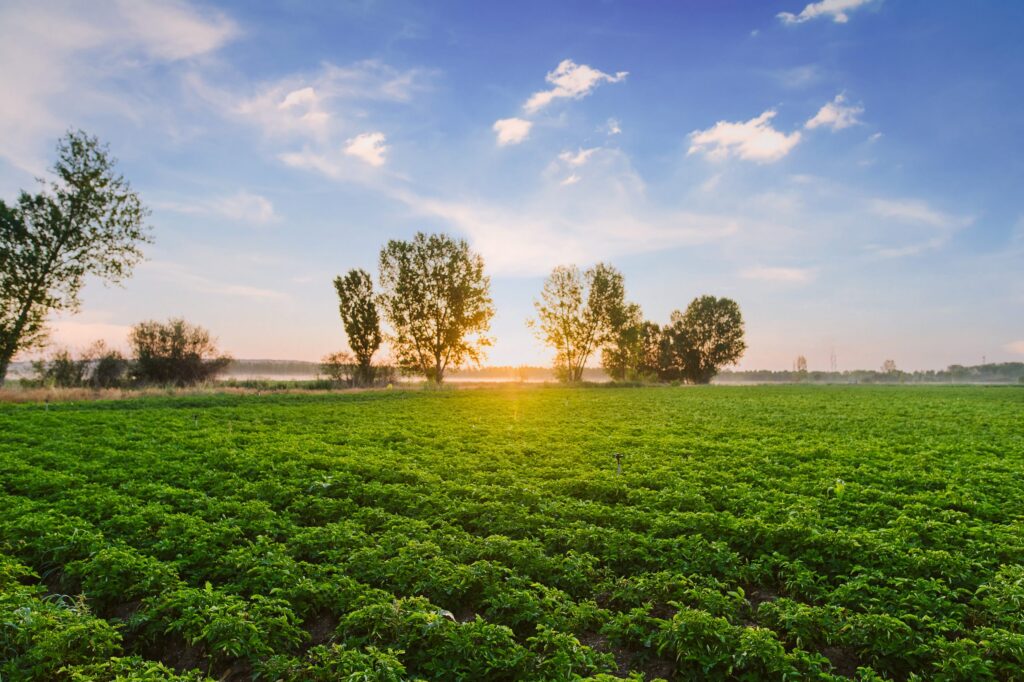 According to the Ministry of Climate Change Government of Pakistan, the biggest contributor to these emissions is the energy sector with a 50 percent share, followed by a 39 percent share from the agriculture sector.

Agriculture contributes significantly to climate change. Methane and Nitrous Oxide, two powerful greenhouse gases, are released into the atmosphere as a result of various farming and grazing practices. The agriculture-powered climate change is a major challenge that needs to be mitigated on an urgent basis.

Experts may have a solution to counter this challenge. “It is high time we adopt progressive farming and regenerative agriculture to offset the urgent and adverse ramifications of climate change.” Says a young farmer Anwer Ahsan Khan. Anwer is an industry expert who has experimented, researched and made significant contributions towards progressive farming in Pakistan.

Agriculture in Pakistan is significantly affected by short term climate variability and longer-term climate change. Pakistan is ranked among the top ten most climate vulnerable countries in the world in the Global Climate Risk Index.

The current crop irrigation practices are also contributing to the water crisis. Agriculture accounts for approximately 90% of the Pakistan water withdrawals. The lack of efficient irrigation and water conservation is expediting the water shortage in Pakistan with the increasing impact due to changing patterns of monsoon and increase in temperatures.

Furthermore, another climate issue that becomes a big concern for Punjab at the beginning of winters is smog. In a large part, this is due to the burning of the remains of rice crops by farmers because they don’t know of any alternative disposal methods.

According to Anwer, it is important to adopt climate smart agriculture practices to counter the impact of climate change and ensure food security for the increasing population.

It is important to note that while activities related to agriculture contribute to climate change, agriculture is also one of the industries that are most affected by climate change. We have noticed that the cropping patterns are changing over time, many agriculture fields are destroyed as a result of floods and crops are unable to grow due to droughts and water shortage, especially in Sindh.

The above-mentioned issues are concerning and urgent. However, Anwer believes things are not as hopeless as they might appear at first glance. His solution for all these problems is progressive farming.

Progressive farming is dedicated to inventing, practicing and sharing safe and sustainable farming techniques. In addition to slowing down the impact of climate change, it can also repair some of the damage that has already been caused. Rebuilding soil organic matter and restoring degraded soil biodiversity are a couple of ways to reverse the impact of climate change.

The first step in moving towards progressive farming is to reduce tillage and rely more on organic mulch for soil improvement and restoration.

Rather than burning the rice crop that causes smog, the alternative is to cut it and use it as organic mulch. Using this technique will result in re-using the crop and increasing the air quality since smog is created as a result of burning the crop remains. This practice will help the farm complete its entire cycle on its own, using the available organic materials without there being a cause for wastage or need for buying products from outside. In addition, farmers can also use the manure from the animals on their farms to regenerate and restore the soil.

Secondly, we need to adopt practices for water conservation. Laser leveling, high-efficiency irrigation systems such as Drip Irrigation, Sprinkler irrigation are a few practices to conserve water. Another important step is to reduce the use of fertilizers and pesticides. Though these fertilizers greatly enhance crop production but in the longer run disrupt the overall agriculture ecosystem.

These organic methods of progressive farming allow farmers to use materials that are already available on their farms. Another major benefit of using progressive methods is having an all-organic harvest. Organic produce in addition to being more valuable is also safer to consume as opposed to fertilizer-grown fruits and vegetables. Moreover, using these methods reduce the cost of input and result in more profits for the farmers.

One example of efficient regenerative agriculture in Pakistan is seen in Layyah. Farmers started implementing regenerative agriculture techniques for their citrus crops. They have succeeded in building a farming community and together they have made a complete shift to progressive farming methods. The community has noticed that their water usage and cost of input have decreased whereas the produce has doubled. They have also observed a huge improvement in soil health.

This is a perfect example of how other farmers across Pakistan can use progressive farming techniques to help decrease their cost, increase the output and most importantly reverse the impact of climate change. We need to create awareness and give the farmers incentives to use such methods which can help us create a better and healthier future for our upcoming generations